skip to main | skip to sidebar

Passion, Defences against Passion and Aliveness This Wednesday we will explore Passion and Aliveness. I’ll begin by asking us to reflect on desire and our relationship with desire. We will look at Freud’s model of Id, Superego and Ego and think about his concept of the battle between our instincts and drives on the one hand and the internalised voices of parental and societal authority on the other hand. We will look at the role of defences, splitting and projection in repressing and or redirecting libido and the consequences for our sense of self and our sense of aliveness.

Freud saw human beings as wolves to other men, a thin veneer of civilisation held in place by taboos against violent sexual competitiveness and rapaciousness being the corner stone of a fragile civilisation. All of life being a constant struggle conducted in the fraught space between erotic and destructive instincts. For instance although there may be a conscious lament about a unrewarding life or disappointing relationships there may also be a fierce unconscious attachment to seemingly “bad objects” and secret gratification in withholding joy and love to others, or stirring up guilty and shameful feelings in oneself as a kind of punishment which might provide relief from guilty feelings and also confirm fantasies of omnipotent control. Roy Schafer in Bad Feelings investigates defences against bad feelings, psychological structures designed to block all feelings totally, and the need for the therapist to hold an empathic respectful attitude towards the need for defense and to work through the defense as much as possible.

Relational Psychoanalyst Stephen Mitchell is eloquent on the persistance of vulnerability into adult life and the twin nature of desire and aggression.

In Can Love Last?: “Dependency is not a holdover from childhood; it s constitutive of desire for a real other person. And the vulnerability of dependency makes us feel endangered. In desire we are endangered. And being endangered makes us angry. We want to control, to have the power to hurt, perhaps to eliminate the other whose charms have disrupted our equanimity, who has undermined our sense of self and self-worth. Aggression is a response to threat, and sustaining desire over time produces a perpetually regenerated threat. ….Desire endangers us, and the aggressive response to that endangerment can destroy both the object of desire and ourselves.

I’ll be talking more about aggression in September. Winnicott the great object relations analyst of the independent school believed it had a vital role in healthy human relating and particularly in mature sexual relating. Winnicott thought a lack of passion and vitality came about because of false self functioning. In healthy development the mothering one is exquisitely sensitive to the child’s wishes and actualises them, in mothering which generates a false self, the caretaker misses the child’s wishes more or less completely and sees only her own image of the child, her own agenda.

In such circumstances Winnicott argues that the child cannot maintain genuine wishes and needs in an unreceptive environment –it is too painful. The true self is unattended to, either kept secret or repressed. Further the caretaker’s agenda must be dealt with; relatedness is essential to physical and emotional survival. So the child learns to shape himself or herself according to the contours of the mother’s vision, becoming mummy’s son or mummy’s daughter, a false self on a compliant basis.

In the Shadow of the Object Christopher Bollas, describes people who are abnormally normal. “They are usually rooted in being objective, both in their thinking and in their desire. They achieve a state ofabnormal normality by eradicating the self of subjective life, as they strive to become an object in their own being. In his cultivation of material phenomena the normotic has become an object, both for himself and for his others: an object with no subject, an object alive and happy in a material world.”

He also describes the way that moods can conserve a disowned internal self state that has been preserved intact during childhood. “When a person goes into a mood, he becomes that child self who was refused expression in relation to his parents for one reason or another.” He sees moods as “registers of the moment of a breakdown between a child and his parents, and they partly indicate the parents’ own developmental arrest, in that the paret was unable to deal appropriately with the child’s particular maturational needs.” What had been a self experience in the child, one that could have been integrated into the child’s continuing development, was rejected by the parents so became frozen by the child and is contacted again through the mood.

It is these states that therapists of the Winnicott, Kohut, Balint schools believe can be transformed in therapy when the therapist is able to attune to the emotional state, and wait for the client to put words to their experience. And if the client is able to make use of the therapist, to feel seen, heard and felt and to find that the therapist is able to accept the expression of difficult feelings as communication. Feelings can lose their associations of shame and or fear, do not need to be repressed and that this creates a more dynamic experience of life and love.

Before ending I wish to also briefly visit the work of Jung and Ken Wilbur and talk more about splitting of persona and shadow, life and death, and body and mind and the task of the centaur to open to and integrate the passionate animal and sentient mind in one body. 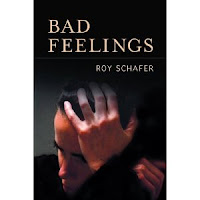 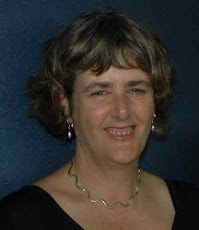 Registered psychotherapist & group conductor. I am a member of NZAC and NZAP. I work in New Plymouth and am currently giving talks see psyche matters dialogues and workshops for counsellors and mental health workers.